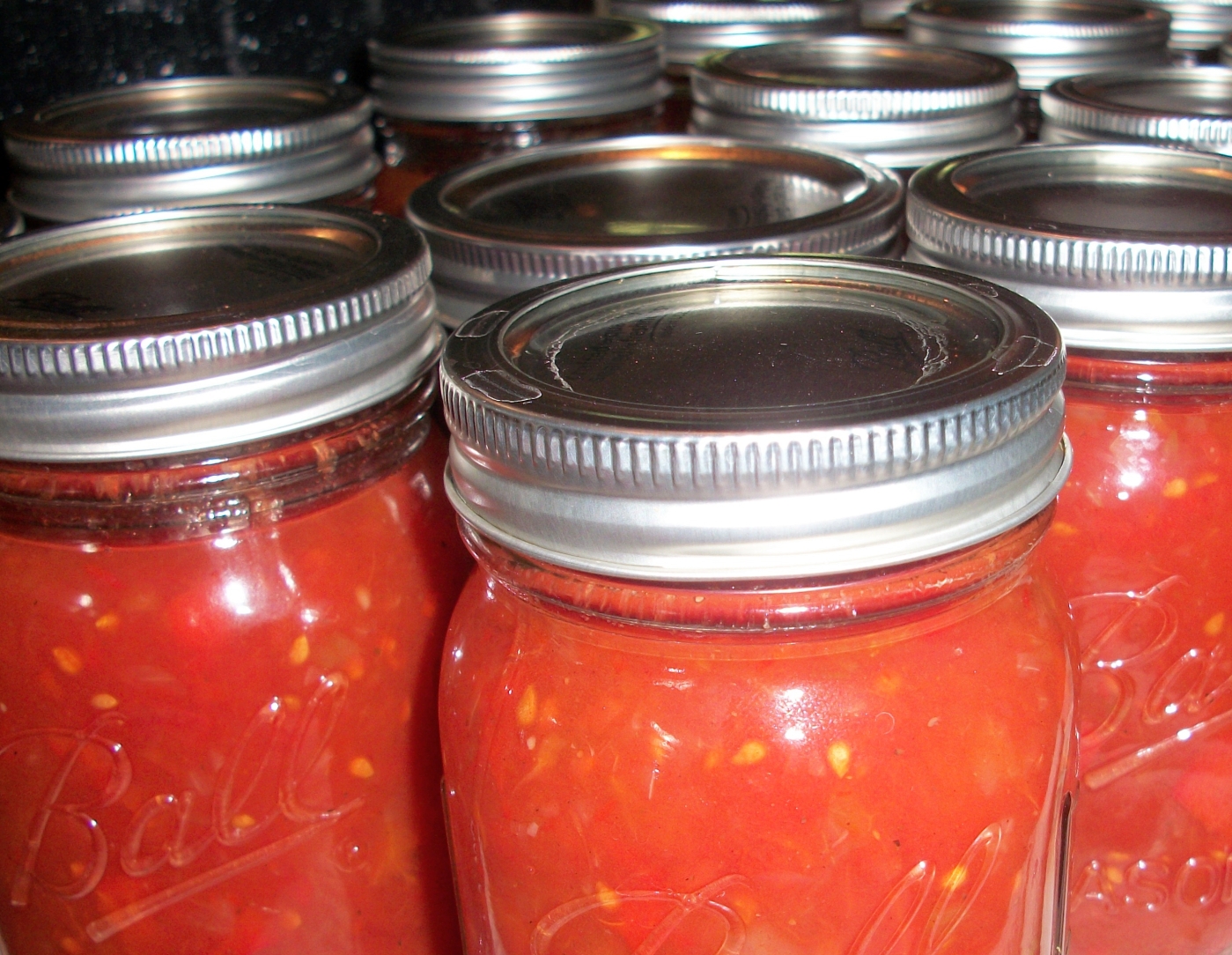 First hurdle: what’s a peck? And how many pecks are in a bushel?

You’d think you could just Google it, but in reality, it’s a mysterious language spoken by farmers over the centuries. A peck is not by weight, it’s by volume, so a peck of tomatoes fills a certain space…as does a peck of peaches or apples.

I read, in Encyclopedia Britannica, that the peck measurement was first used in the 14th century for flour. It was standardized as a unit of volume measurement in the 1800’s. You could not prove this by me.

Does that help? It didn’t help us, either. We both bought a box of tomatoes that the farm stand employee said was 3/4 of a bushel. So, is that 3 pecks? Here’s a pic of the box, which was about 3x2x2.

Another fun thing about making vintage recipes is that you may or may not have the legend, a map from the people who’ve used it before you. The story behind this chili sauce is that my mother-in-law and her friend would start this early in the morning, letting the ingredients simmer all day, They’d invite their men for cocktails (the hour for this is 5p, in case you’re not a cocktail drinker).

While they sat eating Saga cheese with Water Crackers and drinking Scotch, the lids would pop. Apparently (we learned), the lids need a second tightening. Shirley and Pat would hear the “pops” of the lids and say, “It’s time to go screw.”  This is just one reason why I love my mother-in-law.

I’ll leave notes on what we learned. You can do it.

My husband likes to say that if our food supply is ever cut off, we’ll need these skills. That’s as may be. The reason I think you should make it is that it’s delicious, as in you’ll want to cover every surface with it – hamburgers, chicken, pasta, eggs, potatoes. Your skin. Maybe not. But it’s damn good.

*Note: a friend just asked about chili sauce. It’s a condiment. If you went to the grocery store to buy it, you’d find it with cocktail sauce and catsup. An enhancer, you’d use it on the things I’ve listed above – maybe like a salsa – but this one also plays nicely with pasta and rice.

Makes 14-16 pint jars: sterilize your canning equipment, both jars and lids, in steaming water (does not need to be rolling boil). Set aside and cool.

Directions
1. Vegetables can be small chopped the night before.

2. Blanch and peel tomatoes (this means you add the tomatoes to almost boiling water, waiting until the skin splits – we found that mashing the tomatoes before they go into the pots helped them cook down).

3. Add all, vegetables and spices (to stock pots (Shirley says it takes two in the beginning, then, as the day goes on and they reduce, you can get it into one pan – I’m not sure we left our batch on the stove long enough…we were not able to combine pans, but it did cook down nicely).

5. Can in sterilized jars. We were advised by a colleague to make sure the neck and seal area of the jar was very clean. If not, seals will not occur. After “pop,” tighten lids again, as they loosen (a silicone mit would’ve been nice, but we just used a pot holder).

Where are you when you make this?  The women’s hands it’s touched and the families that ate it.