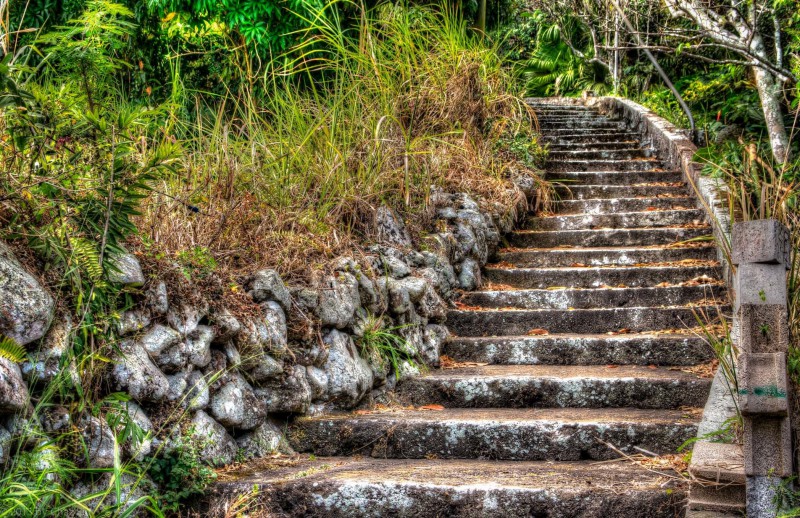 At the time, I was twelve. I had just been in my uncle’s December wedding. I felt like a fairy princess in pink satin and flat ballet shoes, my hair in ringlets. I was not a beautiful child, but I felt beautiful and cherished, chosen for the honor of junior bridesmaid.

That Christmas, I was sick with the flu. I was curled on a couch upholstered in a curled fabric that’s probably still clinging to life somewhere, even if it’s in a dump, because after the Depression and wars, they built things to last and last.

My grandma was in the room with me. I was self-pitying, pulling the clapper of a golden glittered bell that played “Silver Bells,” until it cut off abruptly when it got to the end of its tether. I had a fever. My grandmother was in her electric chair, as I had come to think of it, a marvel of dials and vibration that would try to sooth her motionless body. People came in and out to check on us, as they celebrated with oyster stew, which in my famly meant oysters heated in milk and butter. They were festive.

I don’t have a working memory of my grandmother after this. I can tell you that, before, she taught me the keys on the piano by writing their letters in pencil. She sewed tiny Barbie clothes for my dolls. I entertained myself with jump rope by tying one end to her wheelchair spokes in the barnyard.

One day, my mom was cleaning her kitchen and there were tiny black pellets all over, the source of which captured my imagination. My grandma started by whispering, and by the time I made her repeat it for the tenth time, mustard? mustard?, she practically shouted, “Mouse turds.” Mortification. On both sides.

My dad was a hard-working man. And artistic. And charismatic. He said funny things, “Let’s go, sports fans” and “When the frost is on the pumpkin, it’s time to go dicky dunking.” I think he would’ve said more funny things, but I don’t think my mom always found him that funny.

There are many things to say about my dad, but right now, it’s about my dad’s work in a nuclear reactor. About my dad going through “burn out,” a critical heat flux which would require a shower of chemicals they hoped would negate the effects of, well, a nuclear reactor. His title was “Nuclear Reactor Operator.” We would go to Open House at Plumbrook in Sandusky, Ohio, and watch him operate robotic arms under powder blue water.

When he was about 35, he fell over in our backyard, vomiting. They took him to the hospital. They said he had a blocked artery to his brain. He came home.

When he was in his 60’s, he had problems walking. And then talking. And then everything. His wife, a tiny, overly effusive woman, decided that the best use of their resources was a VA hospital in Grand Rapids. I went to play Bingo for Hershey bars. I took him a CD player and a claw to pick up articles that were far away.

At 68, he looked ancient, my once oh-so-handsome father. The last day I saw him, he goosed a nurse, grinned, and couldn’t speak a word.

My mom has dementia. I don’t know if she would’ve had it, regardless, but she had complications from a valve replacement a handful of years ago, which led to a drug-induced coma, and a long, long road to rehabilitation. In her early 70’s, she learned to walk, talk, and feed herself again. This takes some doing.

She was, prior to the surgery, very afraid, like an animal that senses a trap. We heard about the surgery over the holidays and tried to make light of it. All’s well. In good hands. Rudimentory.

You see the slipping. Pieces leave. And then, there is a call that she’s broken her hip. Hip replacement. To not have it is to endure excruciating pain. But anesthesia is not kind to the demented.

She came home in a wheelchair. She is trying to learn, again, to walk, to talk, to eat. It’s not the same song and dance as before.

I have been a total child about a trip to see her, following this latest fall. I am reduced to some other form of myself – or multiple forms of myself – compounded from all the steps that came before. I am complaining. She is not.

A paralyzing fear? That these steps, the stairs of time, are somehow interlocked. That my own kids will experience this with me. That I will become the person in the wheelchair. It somehow seems inevitable. How closely aligned it all is! Each family member making their final entrance on wheels.

I am reading Migratory Animals by Mary Helen Specht. One of the characters has Huntington’s Disease and is pregnant. She considers her options, and thinks about her mother before her: “depressed and mostly incommunicative, language having piled up on the tip of her tongue, lost to the dark recesses of the brain. Afraid? Ready? Both?”

Tomorrow, I will write about my mom’s recipes. Today, I am carefully considering the stairs, fearful of placing a wrong foot.